User interfaces are often showy, and sometimes they get in the way of the visitor’s experience!

That’s not the way things should be.  Too often, we as designers get seduced by the feature set of the technology we are using, or the fancy graphics we have painstakingly designed.

But interfaces rely on one thing above all else – the accumulated behaviours and instincts that the users themselves arrive at the exhibition with.

Media solutions team Gagarin, based in Reykjavík, have come up with a novel and effective way of delivering both detail and orientation in their interactive map project for The Icelandic Museum of Natural History that takes its design cues from existing user behaviours.

The Ecosystem Viewer exhibit gives users an insight into the various types of waterway and wetland environments that make Iceland such a rich location for experiencing wildlife.

The installation uses a special circular viewer-controller operated by the visitor.  This allows areas of interest to be explored in further detail and offers tailored graphical, and even haptic, feedback.

Maps can be a thing of beauty, but ultimately, they are data delivery systems.  But what if different people require differing data from the same map?

A traditional birds-eye view map is very good at relating precise geography and getting a viewer orientated, but when you want to convey detail about the various ecosystems that exist within a landscape it’s often better to use a side-on view, or a 3D perspective, such as isometric projection.

The exhibit tackles this challenge through the use of the Capore Magnify device by Berlin-based company Interactive Scape GmbH.  These puck-like entities allow users to dig deeper through the layers of data, accessing text, video and alternative perspectives.

Though based in Iceland, Gagarin have built an international team of creatives.  Swedish interactive designer Nils Wiberg, and his Dutch colleague Lemke Meijer presented their thoughts on the Ecosystem Viewer project to the ICOM General Conference in Kyoto.

I was impressed by their desire as designers to avoid menu systems altogether, and to tap into the user’s inherent intuitive behaviour:

“If you look over the lake in the National Park of Thingvellir from a birds eye view you will most likely start pointing out things in the landscape. An expert would point out hidden treasures and explain where the ice age left its marks or how to recognise masses of lava reshaping the ways of the rivers.

We tap into this natural behaviour and let the visitor point onto a vivid view of the Thingvellir Lake […] by turning a haptic knob which is the virtual pivot point of a ‘spotlight’ that moves over the landscape.”

There is an old Icelandic proverb that says “fertile is the water that runs under lava”, and it is this abundance of wildlife and vegetation that forms the ‘hidden treasure’ that the circular knob devices reveal to the user.

The magnification knobs are simply encountered lying on the surface of the digitally rendered map, inviting the visitor to reach out and interact with them.  The user quickly discovers that dragging the device magnifies the image beneath, and that spinning the device initiates a zoom through to the next level of hidden information.  The emphasis remains on using the visitor’s own intuitive pathway to guide the experience:

“Hovering a magnifying glass over an object or spinning a lens to zoom in and out of a view are actions we know from cameras, telescopes and the like. This interaction is known to most people, and therefore you can see this as some sort of pre-programmed behaviour. Tapping into an interactive metaphor like this can prove to be useful, especially when retrieving a plentitude of information at different magnitudes of scale.”

The device also features haptic feedback facilitated by a layer of liquid metal within the ring that helps users to know when there is a data hotspot worthy of further exploration.

The Ecosystem Viewer is hosted in Perlan (The Pearl), a futuristic museum outpost that overlooks Reykjavík and its surroundings.  The exhibit was awarded the Red Dot ‘best of the best’ Award 2019. 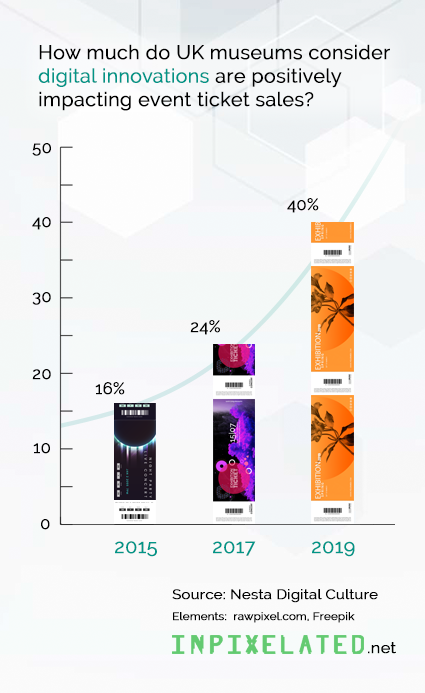 Celebrating the beauty and engineering of the Planetarium projector
Read more