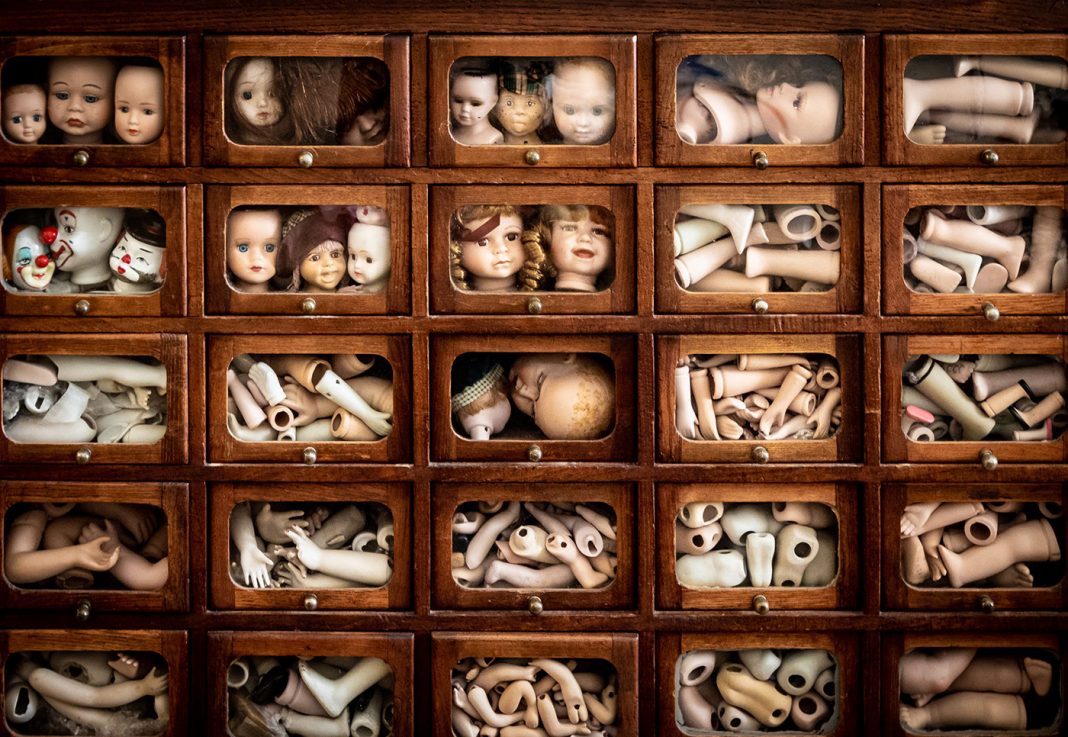 In an age of Deep Fakes and ‘fake news’, it’s worth taking the time to recall that we are not so long removed from an era where if you wanted to get your point across in the wider sphere, you had to take a decidedly more hands-on approach.

1990’s agitprop group Barbie Liberation Organization took it upon themselves to free the minds of unsuspecting consumers – and the voice boxes of previously supressed Barbie dolls and GI Joe action figures.

If you’re a conscientious and self-regarding Barbie doll standing on a US store shelf in 1993, you’re probably feeling more than a little stifled and fatigued by being scripted such vapid one-liners as “Let’s plan our dream wedding” and “Math is hard!” all day.

In a rescue operation of ambitious scale (or perhaps not – more of that later) the BLO carried out a series of transplant operations in which dolls labouring under the strains of corporate ventriloquism had their electronic voice boxes replaced by a unit previously belonging to one of their GI Joe brethren.

Cue lots of confused kids (or more likely confused parents) whose Barbie proudly exclaims “Vengeance is mine!” or whose GI Joe merrily announces that he’s off to the beach rather than the battlefront.

The film showing at Wellcome Collection, London, as part of their Play Well exhibition, is one which the group themselves helped produce.  Key figure Igor Vamos is a multimedia artist and provocateur, so it is perhaps natural that the organisation turned to video as a medium of publicity and agitation even in a then pre-YouTube age.

And that is perhaps also where the smoke and mirrors come into the story a bit.

The BLO did a great job at garnering media attention.  Television news channels across the United States ran stories on the campaign.  There was a palpable moral outrage at the idea that potentially thousands of toys nationwide had been corrupted.  Some even straight-facedly labelled the act one of ‘terrorism’ (pre-9/11 was also a much more innocent world).

But the truth is that Vamos and his confederates were very effective political communicators and social disruptors.  It’s unlikely that more than a few dozen or so dolls were actually altered, and over a much narrower geographic range than was claimed.  The power of the action came more from the careful presentation of the idea to a media hungry for sensation.  It was a piece of media activism that sought to challenge gender stereotyping through some of the very channels that perpetuated it.

The film contains a piece to camera by Barbie herself, news reports, and a study discussion with two endearingly blasé kids – “I like it – he’s less violent and more funny!”.

Sadly, the BLO’s gender role realignment surgery programme did not deal a crushing defeat to toy marketing stereotyping, nor destroy the patriarchy in one fell swoop.  We’re still facing many of the same gender-based divisions in playthings that the group were drawing attention to two decades ago.  As a striking reminder, the recent winners of the coveted 2020 BT Young Scientist & Technology award were Alan O’Sullivan and Cormac Harris from Colaiste Choilm, Cork, for a statistical investigation into the prevalence of gender stereotyping, which highlighted toy choices as a key determining factor.

It seems that, much like for poor Barbie and Joe, the same messages need to be repeated, over and over again…