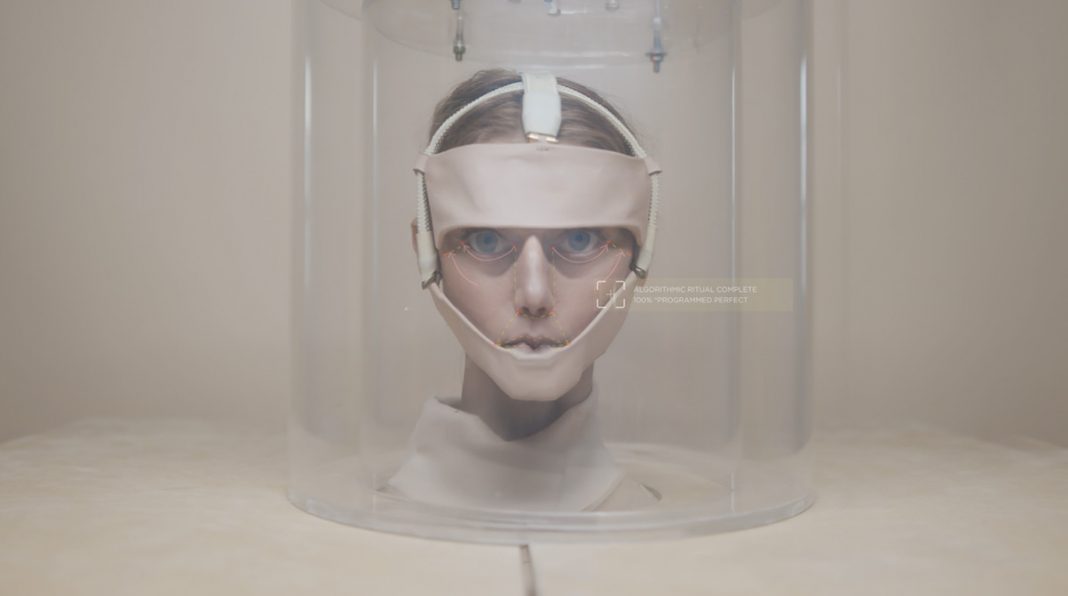 “We didn’t want people to walk away with a shopping list for a plastic surgeon.”

Looking at yourself in the mirror is at once both a routinely mundane, and a profoundly intimate experience.  I think it’s fair to say that almost everybody struggles with the process at some point, whether in a minor or a major way.  Who amongst us has not vainly lingered – caught in the reciprocal gaze of some imperfection or the other?

But what if there was a mirror that reflected you in your most ‘perfect’ state?

Renowned artist Lucy McRae confronts us with these and other issues in her work Biometric Mirror presented as part of the Perfection series at Science Gallery Melbourne.

In this immersive work, visitors are encouraged to visit a futuristic beauty salon, where their facial features are scanned and visually altered by powerful algorithms.

I’m a big fan of the confluence of science and the arts, and it is exciting to see the way in which the artist has collaborated so effectively with scientists from the Research Centre for Social Natural User Interfaces on this project.

Inpixelated caught up with Dr Niels Wouters, Head of Research and Emerging Practice for Science Gallery Melbourne, to discuss his involvement in the project.

“We wanted to challenge the very idea of ‘perfection’ – is it feasible, is it humane, to strive for perfection in the current manner of society?” Dr Wouters told us.

“Many people were disgusted by seeing themselves ‘perfected’ on screen in this way.  We made sure that the distorted image that the algorithm generated was not exactly ‘perfect’ in any case.  We didn’t want people to walk away with a shopping list for a plastic surgeon.”

It’s fairly clear that, like much of Lucy McRae’s earlier work, there is a notion of provocation somewhere at the heart of the piece.  Dr Wouters agrees –

“Lucy wanted the design to look polished and beautiful but also slightly… creepy.

“As an academic, I didn’t realise that this project would be so inherently ‘science fiction’, but Lucy was like – ‘Hold on – this is just the perfect starting point for a sci-fi narrative!’”.

Sci-Fi is certainly evoked both thematically and visually by the project.  I’m reminded of Katherine Helmond’s character in Terry Gilliam’s futuristic Brazil, caught in an endless cycle of cosmetic ‘improvements’, or the narcissistic re-sleeving of Altered Carbon.

“We had numerous discussions about how far to take this idea.  Should we add to people’s facial images in the style of the popular Snapchat Filters?  Do we want elf-like features, and horns on people’s faces, and so on? But we decided on a more subtle approach.”

Dr Wouters went on to tell us how this, somewhat dystopian, vision was realised:

“We created a very bespoke sci-fi lighting fixture.  We used a photography ring-light, which we concealed in a designed outer-casing and suspended from the ceiling of the booth.  The setup also contained an embedded web-cam.  It was a very rudimentary setup – but with Lucy’s styling it looked very polished and appropriate to the genre.

“The lighting was important for a number of reasons – stylistically we wanted to give people a futuristic ‘washed-out’ look, but the catch-light also gave us very good reference points for capturing the data that we needed.”

The software interface was realised in collaboration with Sand Pit, a prominent experience design studio in Adelaide and Melbourne.

We’ve never been more bombarded with imagery of the idealised self.  This collaboration is a timely and powerful spell – simultaneously playing on participant’s curiosity, vanity and angst.  It doesn’t offer the viewer any easy conclusions about how image, data, and self should resolve in an increasingly fleeting and superficial world.

I get the feeling that Disney’s Evil Queen, with her own flattering Magic Mirror, would heartily approve. 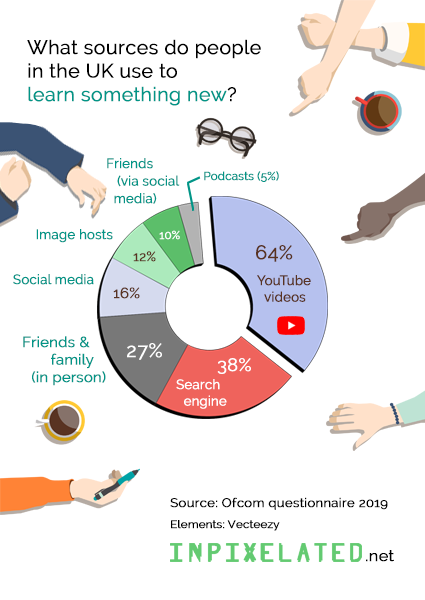 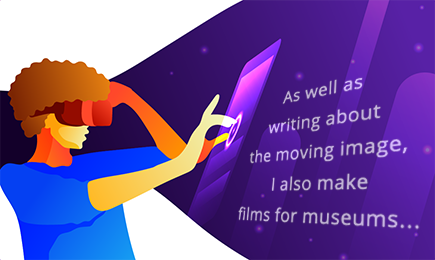 You can find out more about my work at mmoloki.net